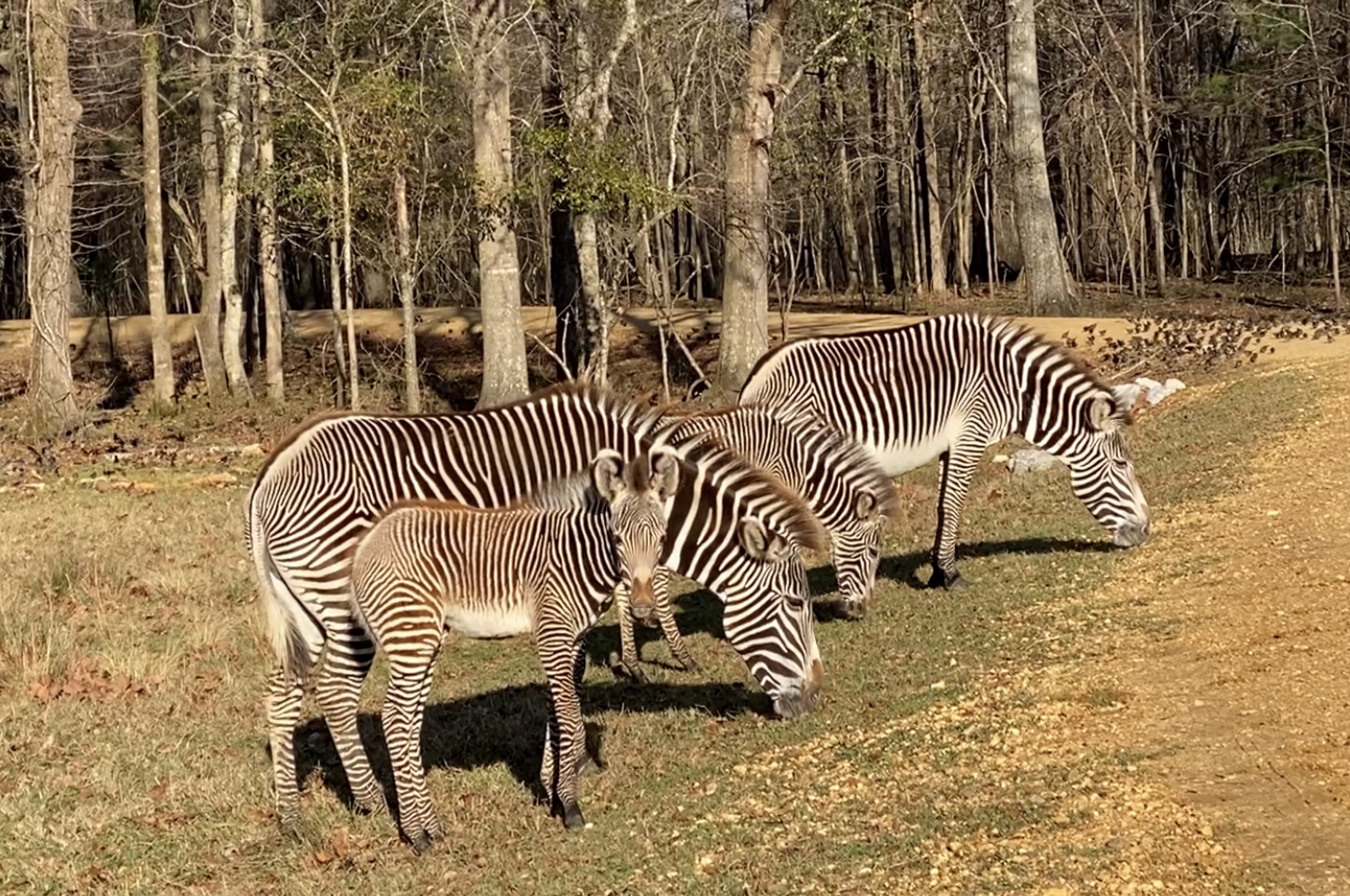 Alabama Safari Park is excited to start the New Year with renewed hope for zebra conservation. The Park recently welcomed the birth of two female Grevy’s zebras named Malindi and Yava, born to mothers Molly and Yogi. Both baby girls are healthy and thriving and will help grow the conservation breeding program at the Safari Park.

Known as the imperial zebra, Grevy's zebras are also the most threatened of the three species of zebra, the other two being the plains zebra and the mountain zebra. With fewer than 3,000 remaining in the wild and approximately 200 in human care in the United States, Grevy's zebras are in very serious danger of extinction

Although a zebra cannot change its stripes, Alabama Safari Park hopes to help transform its future. Alabama Safari Park supports the Grevy's Zebra Trust and its preservation efforts in Kenya by correcting habitat loss caused by overgrazing livestock and drought. Over the past three years, wild Grevy’s zebra populations have been facing a drought crisis and have needed supplemental food to meet the nutritional needs required for new foals to survive. Efforts such as the Rangeland Management Program in Kenya works with local communities to maintain healthy grasslands that are crucial to Grevy's zebra survival.

While exploring the park’s safari drive-thru, visitors can watch Malindi and Yava enjoying their new habitat and herd.
Next Post Previous Post