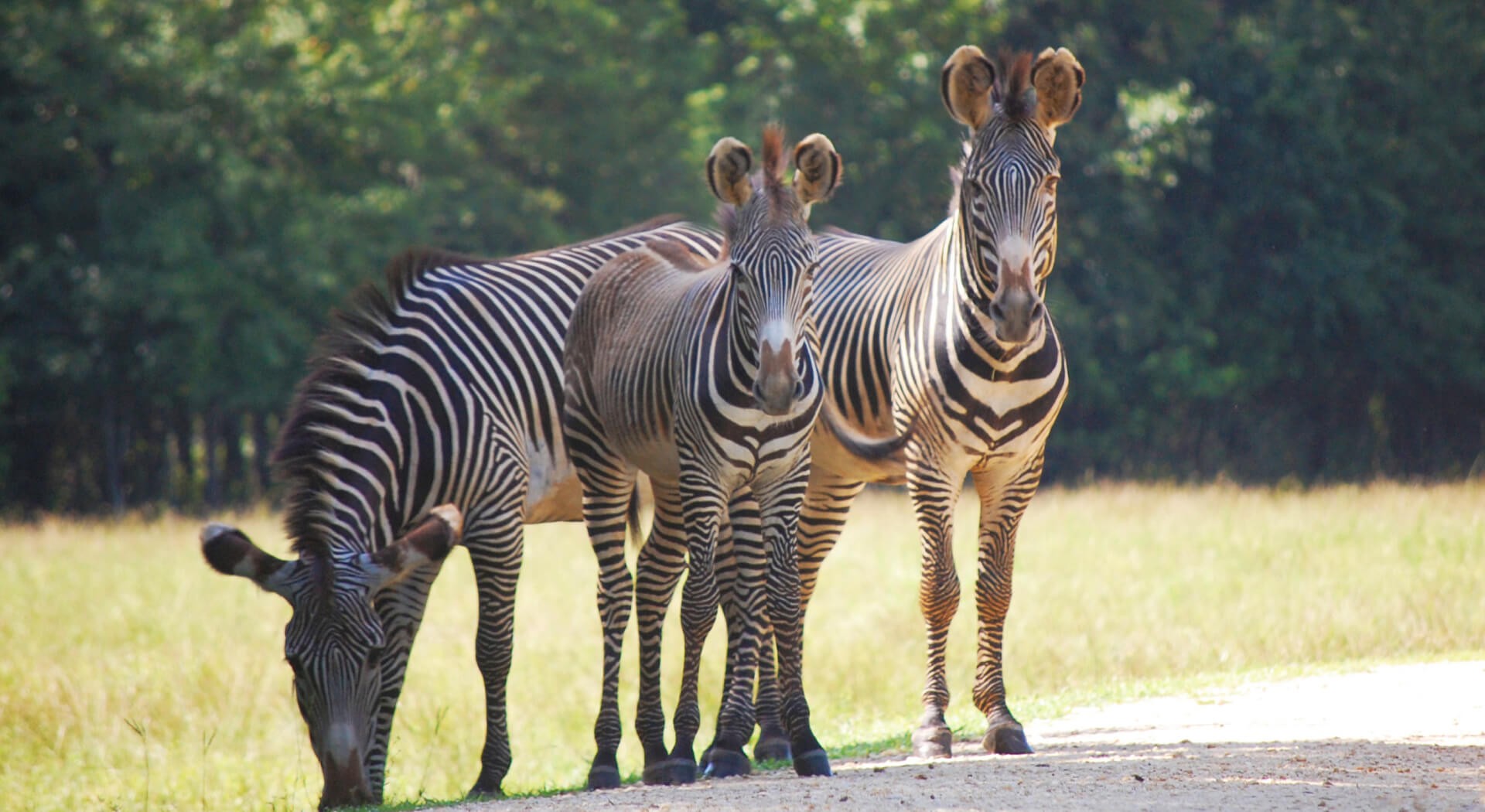 Hope Hull, Ala. (January 29, 2021) — In anticipation of International Zebra Day on Sunday, Jan. 31, the Alabama Safari Park is excited to announce the birth of the zoo’s first-ever Grevy’s zebra named Yala. Her mother, Yogi, has been keeping watch closely over her new baby as she explores her safari habitat at the drive-thru zoo. Yala is very curious and enjoys making friends with some of the other antelope residents.

Grevy's zebra are the world's largest zebra species and are considered endangered, with fewer than 3,000 individuals remaining in the wild and approximately 200 living in the United States.

In 2020, less than 20 Grevy's zebra were born in the states, making Yala’s birth extra special for conservation efforts to save the species.

Alabama Safari Park supports the Grevy's Zebra Trust and its efforts in Kenya to secure a brighter future for zebras by correcting habitat loss caused by overgrazing livestock and drought. The Rangeland Management Program in Kenya works with local communities to maintain healthy grasslands that are crucial to Grevy's zebra survival. Although a zebra cannot change its stripes, Alabama Safari Park hopes to help transform its future.

Alabama Safari Park is a 350-acre drive-thru adventure, with more than 700 animals from around the world. The park supports wildlife conservation in more than 135 countries across the globe through financial aid, public education, captive breeding and habitat preservation. The park is open at 9 a.m. daily, with the last admission at 3 p.m. It is conveniently located off I-65, exit 158. Visit alabamasafaripark.com for updates, hours, events and more.

Alabama Safari Park is one of three zoological facilities operated by the Zoofari Parks Corporation, working in conjunction with the Gulf Breeze Zoo and the Virginia Safari Park to provide aid to over 135 countries around the world. Trying to solve the world’s continually changing wildlife concerns, the Alabama Safari Park collaborates with other zoos and field experts to support Rhinoceros and Elephant anti-poaching units, install artificial nest sites for wild Penguins, and translocate Giraffe across the Nile to boost sustainable genetics. The Alabama Safari Park is privately owned and receives no state or federal tax support. Funding for conservation programs is made possible through the continued support of zoo guests. Conservation is fundamental in our daily operations and visitors are encouraged to join us in making a difference on this journey.